Bitcoin could be on the verge of a massive correction according to an indicator. However, Some people believe Bitcoin could still climb higher before a pullback.

TEHRAN (Iran News) – Many analysts and traders have attempted to accurately determine the Bitcoin top. One of the most common ways is using past price history. In 2017, Bitcoin price experienced a 20x before a massive crash down to $3,000.

Is Bitcoin on the verge of a massive crash?

According to Big Chonis, a popular trader on Twitter, Bitcoin’s price action seems to be similar to what happened at the beginning of 2018. This would indicate that the flagship cryptocurrency could be looking for a huge pullback.

Big Chonis uses the TD Sequential indicator to prove his theory. It seems that at the beginning of 2018, the TD presented a sell signal followed by a green ‘1’ candle. The same has happened now which could mean that Bitcoin is poised for a correction.

However, not everyone agrees as the TD Sequential indicator has presented this pattern several times before. The second theory would suggest that we are only at the beginning of Bitcoin’s rally. 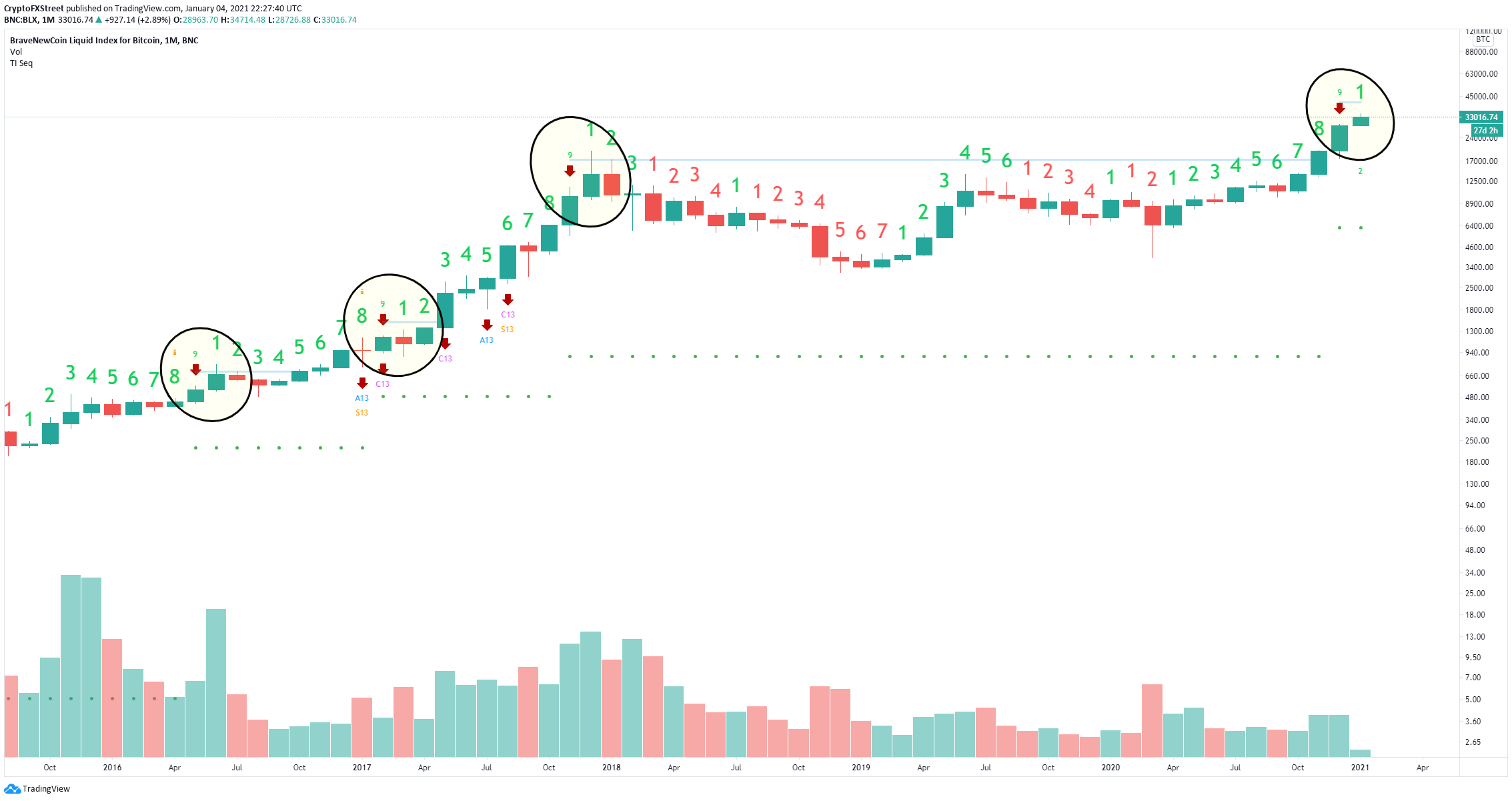 Despite the bitcoin price high, there continues to be a massive exodus of bitcoin leaving exchanges. Onchain data shows exchanges are being drained like a sieve and during the last 30 days, 87,954 bitcoin was withdrawn from the top crypto trading platforms.

Gold flatlines around $1840 as markets look forward to Biden inauguration

Gold flatlines around $1840 as markets look forward to Biden inauguration

Spot gold went sideways on Tuesday, as markets digested an as expected testimony from US Treasury Secretary nominee Yellen.

The Islamic Republic of Iran’s ambassador to the United Nations Office at Geneva denounced the “destructive” presence of Saudi Arabia as an observer in the Conference on Disarmament (CD).

Biden will succeed President Donald Trump as the 46th president of the United States shortly after noon ET. U.K. inflation doubled in December, despite stringent coronavirus restrictions over Christmas.

Countries, so-called the Central Asians, of Kyrgyzstan, Turkmenistan, Tajikistan, Uzbekistan, and Kazakhstan, all in a hidden and intangible unity pursue a policy in their political, social, and even economic relations.