The spokesman for the Yemeni Armed Forces says they targeted the Saudi Aramco oil company in the Red Sea city of Jeddah.

“With God’s help and support, the missile force was able to target the Aramco distribution station in Jeddah with a Quds 2 missile, which entered service recently after successful operational experiments in the Saudi depth, which have not been announced yet,” He tweeted on Monday.

He informed that the missile hit the target accurately, making ambulances and firefighting vehicles to rush to the targeted area immediately. 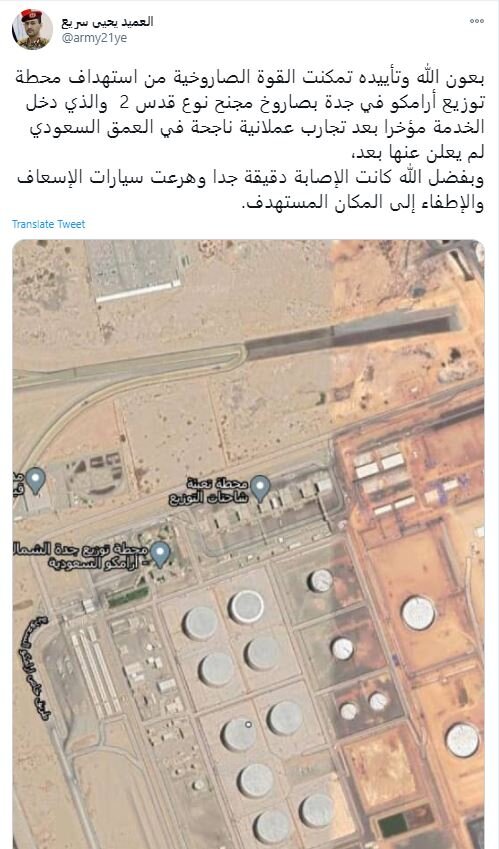 Iran's President Hassan Rouhani called on the international community to respect Iran's rights to join the global economy in a bid to develop non-oil exports.

Shahabeddin Azizi Khadem was elected as president of the Iran football federation on Sunday for a four-year term.