Oil fluctuated near $41 a barrel as the dollar fell and traders weighed the potential for OPEC+ to delay a planned easing of output cuts.

TEHRAN (Iran News) – Oil fluctuated near $41 a barrel as the dollar fell and traders weighed the potential for OPEC+ to delay a planned easing of output cuts.

While headline prices have gained on the growing prospect of an effective Covid-19 vaccine in recent days, an OPEC+ panel said the group, which meets again on Tuesday, should consider holding off on easing bumper production curbs by three to six months.

The producer alliance is wrestling with a bifurcated demand outlook. In Asia, where consumption has recovered strongly from Covid-19, refiners have been snapping up barrels from the Middle East, U.S. and Russia. The structure of Oman futures on the Dubai Mercantile Exchange has surged into a bullish backwardation — indicating tight supplies — in recent days, as strength in the region’s crude market has grown. 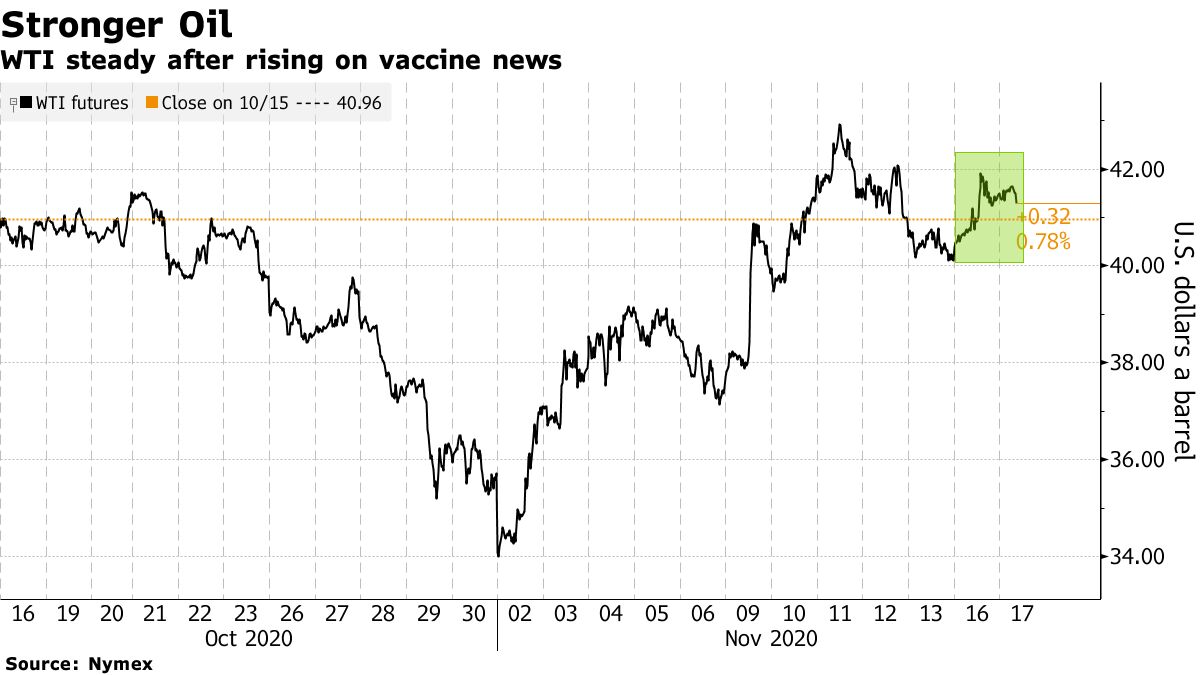 But in Europe and the U.S., it’s a different picture. Covid-19 cases are growing and movement indicators have been declining, particularly in Europe. With OPEC+ balancing those concerns against resurgent Asian demand, a technical committee said the group should delay an output hike of almost 2 million barrels a day in January.

“Oil prices have received a boost form a string of positive vaccine news lately,” said Jens Pedersen, senior analyst at Danske Bank. “The path toward a vaccine could include more restrictions, which will hit demand.”

With the prospect of a vaccine boosting sentiment in the near-term, money managers cut their bearish bets on WTI by the most since April last week, according to CFTC data. There was also the biggest uptick in short positions from swap dealers in seven months, usually a sign of producer hedging.

A delay to the planned OPEC+ output hike would also go some way to offsetting the increase in supply coming from Libya, which has climbed above 1 million barrels a day.

International benchmark Brent crude futures popped on Monday, moving above $70 a barrel for the first time in more than a year.

Leftist and rightist thoughts, according to Martyr Master Morteza Motahhari, in a root contradiction have been to compete with Islam as the most guiding school of thought and to ignore its human-related aims.