Monday was just another normal day in the markets, a new vaccine was announced helping the equities explode higher.

TEHRAN (Iran News) – Monday was just another normal day in the markets, a new vaccine was announced helping the equities explode higher. However, the metals saw some extreme volatility initially getting hammered on the news but managed to close higher on the day. Gold and silver had small gains while platinum rallied enough for us to reverse to the long side. January platinum has solid support at 900-910, first resistance should be about 960. Platinum has broken out of the trading range, if the breakout is real, we should see a market move much higher from here.

Gold remains short with silver and still look weak. We have been short for an extended period. We look for a breakout to the downside with some acceleration. The key here comes at the end of the month, both gold and silver could have key reversal patterns to the downside which could extend the selling. 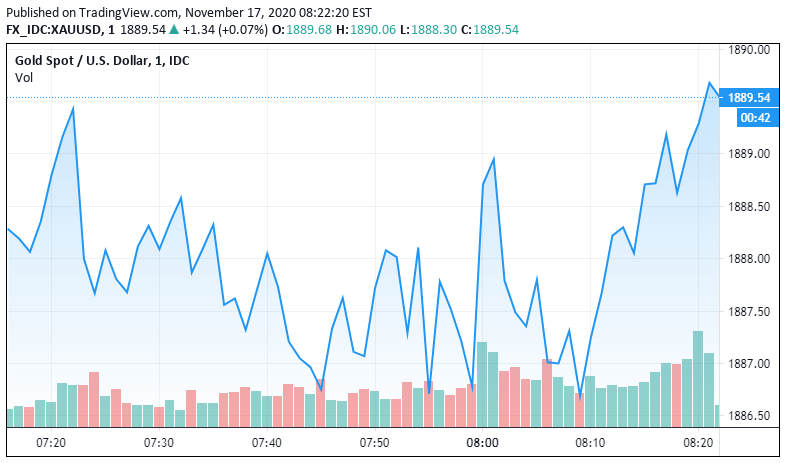 Oil Price Fundamental Weekly Forecast, Probably Due for a Correction

Production of crude steel (steel ingot) in Iran has risen 13 percent from January-November, 2020, according to a report released by the World Steel Association (WSA).

OPEC+ group’s compliance with the oil production cuts fell to 75 percent in December 2020—one of the lowest levels since the pact was enacted in May 2020, tanker tracking firm Petro-Logistics said on Tuesday.

Oil Price Fundamental Weekly Forecast, Probably Due for a Correction

Oil prices are ripe for a correction in coming weeks if speculator-driven rallies are not backed by stronger fuel demand soon.

Energy Minister Reza Ardakanian has highlighted Tehran and Baghdad’s determination to raise the value of annual trade exchanges to $20 billion, pointing to the major role that the private sectors and a joint investment fund could play in working towards that goal.