A stressful pregnancy reduces the chances of having a boy

Moms-to-be who undergo a stressful pregnancy are less likely to have a boy and may also have a higher risk of preterm birth, according to a study published Monday. Iran News quotes the story by CNN. “The womb is an influential first home,” said lead author Catherine Monk, director of women’s mental health in OB/GYN […]

Moms-to-be who undergo a stressful pregnancy are less likely to have a boy and may also have a higher risk of preterm birth, according to a study published Monday. Iran News quotes the story by CNN.

“The womb is an influential first home,” said lead author Catherine Monk, director of women’s mental health in OB/GYN at NewYork-Presbyterian/Columbia University Irving Medical Center.
Even though the sex of a baby is dictated at conception, pregnancies with boys are more vulnerable to mishap, she said.
“We do know that males are more vulnerable in utero, and presumably the stress in these women is of a long-standing nature,” Monk said. 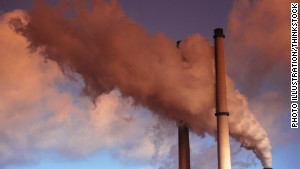 Exposure to pollution linked to ‘silent miscarriages’
Nature typically assures there are an average of 105 boys born for every 100 female births; after all, males were more likely to die from accidents or fighting wild game.
But in this study, women who had higher blood pressure and other signs of physical stress had four boys for every nine girls (ratio 4:9); while moms who were psychologically stressed had two boys for every 3 girls (ratio 2:3). All of the women had healthy pregnancies.
“Other researchers have seen this pattern of a decrease in male births related to traumatic cataclysmic events,” Monk said. “One of them being President Kennedy’s assassination and the other being the September 11 terrorist attacks in New York City.”
Pregnant women who were physically pressured were also more likely to give birth prematurely than unstressed mothers. However, mentally tense moms-to-be had more birth complications, such as longer labor, than the moms with physical stress.

Yet when the expectant mothers received social support, such as having someone they could talk to or count on for help with their problems, the risk of premature delivery disappeared — a surprising discovery, Monk said. 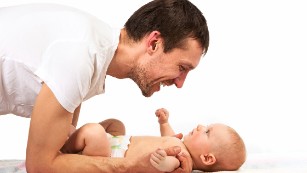 Dads-to-be should stop drinking 6 months before conception for baby’s heart health, study says.
Even more surprising, the more social support a mother received, the greater the chance she had of having a male baby.
“The support could be from family and friends,” Monk said. “It could be a sense of belonging in a religious community. It’s the sense of social cohesion and social connectedness which research suggests is a buffer against the experiences of stress. It means you take a break from it.”
Social support is critical for building confidence in a new mom, said Dr. Christina Penfield, an assistant professor of maternal-fetal medicine at New York University Langone Medical Center, who was not involved in the study.
“Pregnancy is a pivotal moment in women’s lives coinciding with a redefinition of self, family, and community,” Penfield said. “It is therefore not surprising that several studies have demonstrated that when we provide social support programs to pregnant women we see improvements in their psychosocial outcomes.”

An estimated 30% of pregnant women report psychosocial stress from job strain or depression and anxiety, according to studies.
While this study did not explore just how stress might impact the pregnancy, others have pointed to the role of the stress hormone cortisol.
Cortisol is part of the body’s “flight or flight” alarm system and is meant to dissipate once the danger is over. Chronically high levels can increase blood pressure and make an individual more prone to illness.
One study found pregnant women under pressure had higher levels of cortisol; those levels were also present in the baby’s amniotic fluid at 17 weeks gestation.
“Stress during pregnancy can be harmful for both mom and baby,” said Laura Berman, assistant clinical professor of OB/GYN and psychiatry at the Feinberg School of Medicine.
“Being stressed while expecting can increase a woman’s chance of postpartum depression. It can also lead to preterm delivery and low birth weight,” added Berman, who was not involved in the study.
However, Penfield cautions against reading too much into an association between maternal stress and adverse outcomes.
“These studies can only suggest an association and cannot establish causation,” she said. “For example, some women who report high stress may also have decreased sleep, irregular or unhealthy diets, or increased rates of substance use. It is unclear whether it is the ‘stress’ that causes the adverse outcome.”

Stress is part of life

Stress is part of everyday life. In fact, “good” stress motivates and focuses attention. It’s when stress becomes overwhelming or constant that it is unhealthy.
“Most women report experiencing at least one stressful life event in the year before giving birth, so experiencing stress in pregnancy is often unavoidable,” Penfield said. 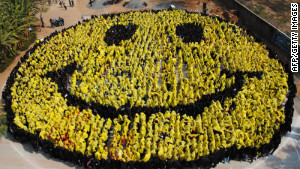 “When faced with stress, the best mothers-to-be can do is minimize the impact of the stress on their daily life and try to maintain good sleep, nutrition and exercise habits,” she added.
“I find meditation to be an incredibly useful tool for managing stress,” said Berman. “Unlike exercise, which can be difficult for moms who are very far along in their pregnancy, meditation works for every stage of pregnancy and every size of woman.”
Another useful tool, Berman said, are pregnancy support groups, as well as couples’ therapy for moms and dads-to-be who want to make sure their relationship is on the right track before the baby comes.
Monk suggests the best time to plan a more stress-free pregnancy is just as prenatal care begins.
“Why not check in and ask yourself, how are you managing stress? Do you have tools? Do you need some more help? Where’s the extra help going to come from? I think it’s an ideal time to do that.”
Short link :
https://irannewsdaily.com/?p=100745

Is “El Nino” the savior of Iran from drought?

Two Asiatic cheetah cubs were found in the protected area of Turan, east of Semnan province.

Is “El Nino” the savior of Iran from drought?

According to the forecasts, El Nino–Southern Oscillation (ENSO) can lead to more rain in Iran in the second half of winter and early spring.

Human Rights Turning Into Laughing Stock by the West

Human Rights Turning Into Laughing Stock by the West

Human rights is a very important issue for the nations and for this reason some countries, mostly the Westerners,  have tried to turn it into a tool for their sometimes ill intentions, namely, dominance on the nations, and gradually human issue is turning into a laughing stock by the Western states and it becomes meaningless.