Secretary General of the International Federation of Muaythai Associations (IFMA) Stephan Fox has urged Iran for formation of an independent federation for Muaythai.

In a letter to Iran’s National Olympic Committee (NOC), Secretary General of the International Federation of Muaythai Associations (IFMA) Stephan Fox has called on Iran to establish an independent federation for Muaythai to boost the sport in Iran.

Muaythai is currently under the Iran’s National Olympic Committee (NOC).

An image of the IFMA secretary general is as following: 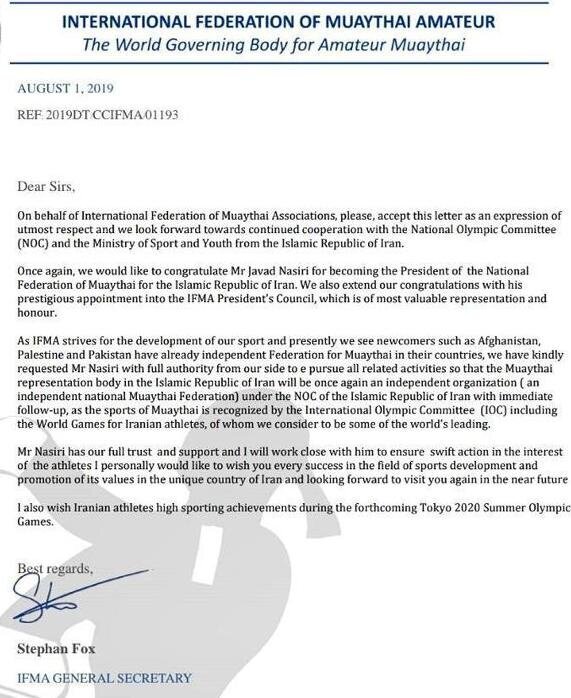 Iran U23 football team will not participate at the 2021 Islamic Solidarity Games, Faraz Fatemi, sporting director of the team, has confirmed the news is correct.

Iran’s civil aviation chief says the country will need to revise a major aircraft supply contract with Airbus in case the two parties return to the deal after a potential removal of US sanctions on Tehran.