Rasht is located in the north of Iran around 25 km from Iran's Caspian Sea coast. It is one of the most important destinations for tourism in Iran because of its natural and historical attractions.

Rasht is located 327 kilometers from Tehran. It is one of the metropolises of Iran, the center of Gilan province in northern Iran and also the largest and most populous city among the three Caspian Sea provinces; Gilan, Mazandaran and Golestan.

It is one of the greenest provinces of Iran and most of its popularity is due to its unique climate. The weather in Rasht is moderate and semi-Mediterranean, with warm and sultry summer and humid and cold winters. It has the first rate of rainfall in Iran and is known as City of Rain.

Rasht has been also named the city of silver rain due to rate of rainfall. Lowest precipitation is in the summer months especially in August, and most of it is in September and November.

The minimum temperature is 11° C and the maximum 20° C in Rasht.

Although Gilan is one of the smallest provinces in Iran but it is a province with ethnic and dialectal diversity. Different ethnic groups in Rasht and other areas of Gilan have peaceful coexistence which has created a common culture.

People of Rasht has different and various rituals which have caused the city’s reputation and cultural excellence among different ethnic groups in Iran.

Rasht has been playing a major role in Iranian history. It was Iran’s gateway to Russia and Europe; therefore it was influenced by western architecture. Iran’s first public library was built here and it was the first city in Iran where girls were allowed to go to school.

Iran has designated January 2 as Rasht Day to commemorate the historic city of Rasht.

The people of Rasht speak Gileki; it is a Caspian language and a member of the northwestern Iranian language branch, however Persian is the official national language.

Rasht has got UNESCO’s recognition as one of the best places in the world for its gastronomy. Its gastronomy sector benefits from a rich variety of natural resources and rely on the exploitation of local resources, especially various species of fish and in-season products. Rashti cuisine has not only carried on ancient recipes, but also unique cooking utensils and methods.

Rasht is full of traditional and local foods. Sour Kebab (Kabab Torsh in Persian) and Mirza Ghasemi (a vegetarian eggplant, tomatoes and egg dish) are two of the well-known foods in Rasht.  Baghali ghatogh is also quite popular which is a stew made of vegetables, garlic, beans and eggs.

Rasht city of the first

–          The first National Hospital of Iran was established in Rasht

–          The first Iranian Theatre hall was established in Rasht

–          The first city in which the sewage system was established

–          The first city in which the Russian, British, French, and Ottoman governments opened their consulates and had political representatives.

Rasht has a lot of monuments due to its long history. Unlike many smaller Iranian cities, Rasht has great nightlife and you’ll see tons of people hanging out in the big squares by night time.

Rasht is known for its famous building of municipality located in a square called the ‘Square of Municipality’ which was constructed about 1900. It is Rasht’s most identifiable landmark, its colonial style tempered by a token mini-dome topping a distinctive whitewashed tower. It looks great when floodlit at night. This historical square dates back to Pahlavi dynasty and is one of the modern places of Iran from the past up to now. Today, some historical parts like Telegraph Museum, Old hotel, Clock Tower and other buildings can be seen here. Existence of markets and stores in this square has made here one of the destinations of people for walking and disporting. 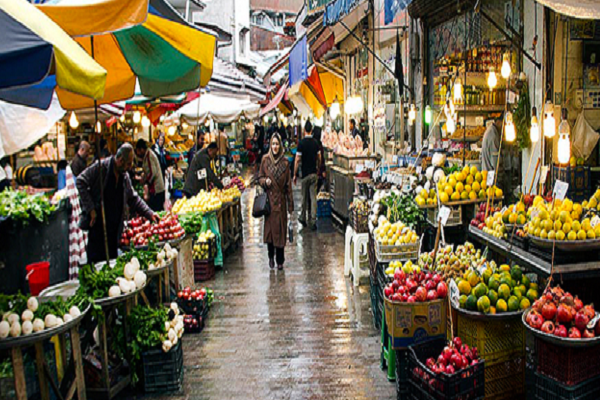 ‘Rasht Bazaar’ is one of the attractions in Rasht. It is hypaethral place and the variety of products, their quality and their freshness is one of the most important reasons for the popularity of this bazaar among people and tourists. It is the largest open roof bazaar in the country.

‘Tomb of Mirza Kuchak Khan’, reputedly known as Sardar-e-Jangal is located in the south of Rasht. This simple and at the same time beautiful monument enjoys high respect of all who visit the vicinity.

‘Gilan Rural Heritage Museum’ is located 18 km south of Rasht; an open air museum which is devoted to the rural and ancestral life, is the first one in Iran and remains so far the unique museum of this type in Iran and beyond in the Middle-East and the Central Asia. 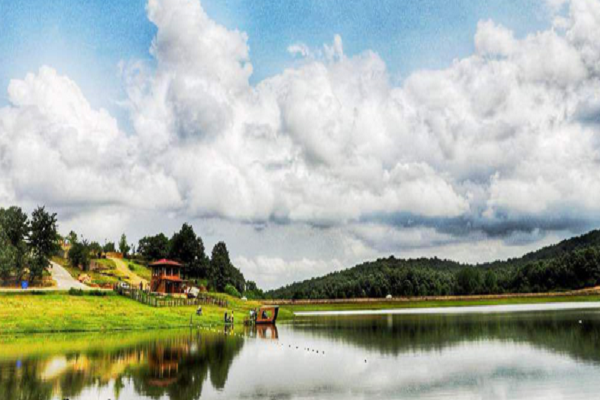 ‘Qadiri House’ in Rasht is one of the historical buildings of the province that is related to late Qajar period and early Pahlavid period.

‘National Library’ the first public library of Iran is another places in Rasht which attracts visitors.

‘Saravan Natural park’ is one of the oldest forest fields of Gilan which for its various plant species is rare across the country and even across the world. There is a small pond at the entrance of Saravan forest park which is incredibly beautiful. This pond has a wooden platform and two swan shaped boats for wandering on the water.

Eynak lagoon (glasses lagoon) is located in the west of Rasht, it is considered as the second largest pond of Gilan province. This pond is called Eynak (glasses) as it is seen as one in aerial photos.

Iran has capacity to increase share of medical equipment market

Over the past two years, the precipitation rate has been on a downward trend, as a result, sources of sand and dust storms (SDSs) have increased compared to a year before, Ahad Vazifeh, head of the national center for drought and crisis management has said.

Iran has capacity to increase share of medical equipment market

Iran holds a share of one percent (about $5 billion) in the global market for medical equipment of approximately $500 billion, but the country has the potential to increase the share, according to the statistics of the Ministry of Health.