Kermanshah handicrafts on show in Tehran

A wide-ranging collection of handicrafts, being made for centuries in Iran’s western Kermanshah province, has been put on show at the headquarters of the Cultural Heritage, Handicrafts and Tourism Organization in Tehran.

Handicrafts exports from Kermanshah province hit $8 million in the first six months of the past Iranian calendar year (started March 21, 2018), with handmade pairs of Kalash constituting the lion’s share of exports, according to data compiled by the provincial tourism department.

Some 11,000 people are currently engaged as crafters across Kermanshah where 60 fields of handicrafts are being practiced. 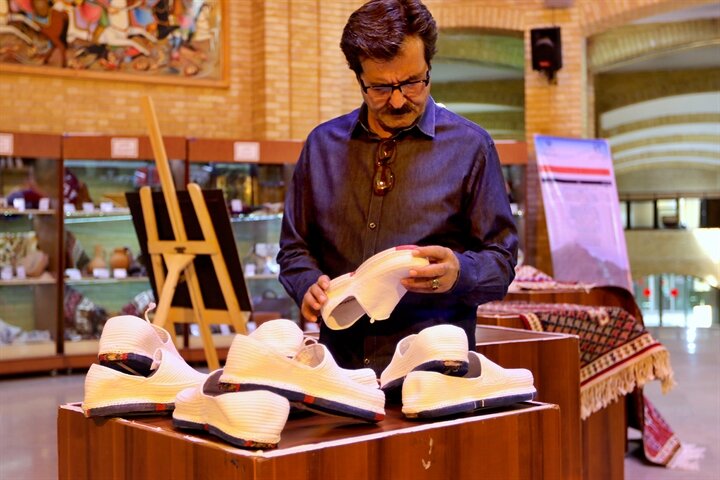 In late 2017, Marivan, a historical city in Kermanshah, officially celebrated being named a world crafts city for Kalash, in an event attended by Ghada Hijavi, the head of World Crafts Council-Asia Pacific Region.

Travellers to Iran from Europe will be required to self-quarantine for two weeks after testing negative upon arrival, a health official said on Saturday.

On the occasion of the birth anniversary of Hazrat Zaynab (PBUH) and Nurse's Day, Leader of the Islamic Revolution Ayatollah Seyed Ali Khamenei hailed nurses' role in the fight against the coronavirus.

Iranians mark the birthday anniversary of Hazrat Zaynab, the first granddaughter of the Prophet of Islam (PBUH), and the Nurse's Day on December 20th.