In yet another desperate attempt to fabricate evidence against Iran and justify its recent attack on the T-4 airbase in Syria’s Homs, the Israeli regime recently released a number of satellite images trying to create the illusion that Tehran has military bases in the Arab country. In one of the pictures, released by the Israeli […]

In yet another desperate attempt to fabricate evidence against Iran and justify its recent attack on the T-4 airbase in Syria’s Homs, the Israeli regime recently released a number of satellite images trying to create the illusion that Tehran has military bases in the Arab country.

In one of the pictures, released by the Israeli Defense Ministry (IDF) on Tuesday, Tehran’s Mehrabad Airport is shown as one of the airfields where Iranian personnel are allegedly stationed. 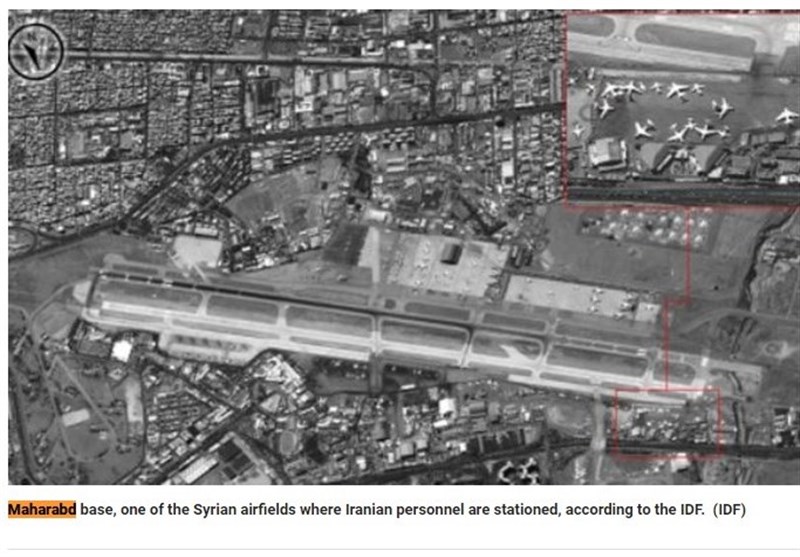 This is while the airport is located in the Iranian capital, thousands of kilometers away from Syria.

Israeli, British and American media outlets rushed to cover this with some saying, “The photographic intelligence seems to have been released in order to demonstrate to the Iranians that Israel knows and understands what the Iranian government’s intentions are in Syria and to reduce the scope of Iranian intervention in Syria.”

Realizing that they had made a goof, however, some websites later removed the photo caption, trying to cover up the IDF’s foolish mistake like its war crimes against humanity.

It came after the Iranian Foreign Ministry Spokesman denounced the Israeli regime’s attack against T-4 on April 8 that killed seven Iranian military advisers, and said Israel will be punished “sooner or later”.

“This (move) has its roots in the hostile policies of Israel toward the Muslim people of the region,” the spokesman stated.

“Israel will receive the required responses sooner or later,” he said, adding, “They cannot take (such) an action and be exempt from punishment.”

Since Syria was gripped by civil war in March 2011, Iran has remained a close ally of the country and supported its legitimate government in the face of foreign-backed militancy at the request of Damascus.

According to a new survey from Der Spiegel, three-quarters of all Germans want to continue the operations of Germany's remaining nuclear power plants, throwing into question the country's much-touted plan to phase out nuclear energy. Is the country about to make a U-turn on the issue?

The Secretary-General of the Lebanese Movement Hezbollah says Israel could not put up with more missiles after the apartheid regime showed its savage nature against the Palestinians in the besieged Gaza Strip once again.

A Highwayman Named the U.S.

A Highwayman Named the U.S.

Those who like watching movies especially Hollywood ones have definitely watched classic movies which were mostly Western and the theme of the movies were mostly looting the people by highwayman cowboys and now we see the return of those highwaymen in real life as the U.S. tries to plunder the wealth of nations.