The curtain fell on this year’s edition, on Thursday, 26 April. Vahdat Hall hosted the awards ceremony, attended by Iranian and international filmmakers and guests. ‘Aga’ by Milko Lazarov, a co-production from Bulgaria, Germany, France, won this year’s grand prix, and the Peace Award went to Rithy Panh. After the announcement, Oliver Stone was asked to come on the stage to present the award. 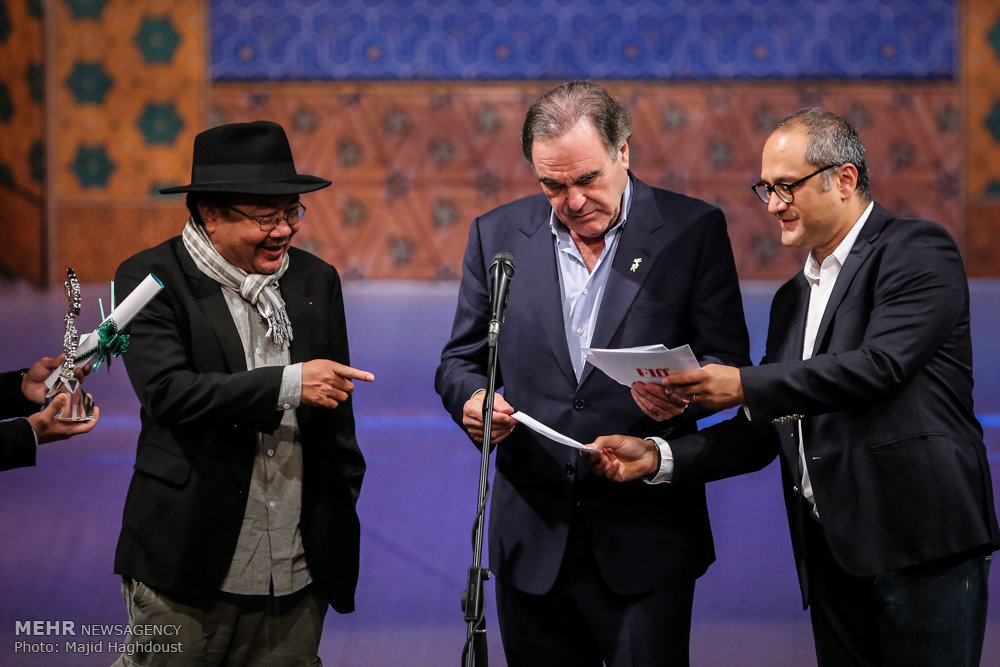 “My friend worked for a long period of time and in difficult conditions to make his motion picture. I’m honoured to present Rithy Panh with the Peace Award,” Stone said while presenting the award to the Cambodian documentary film director.

Majid Majidi, Beyond the Clouds (India)

With director Reza Mirkarimi at helm of 2018, Fajr Filmfest heralded stronger comebacks from Asia, Europe and Middle East. Whatever one says of Middle East cinema and its power rankings, the region’s best and most powerful showcase for cinema is, has been, and for all foreseeable time will be this festival, which runs in Charsou Cineplex and other venues in in the Iranian capital until April 27.

Several cultural centers in Tehran are playing host to groups of thespians performing stories from the martyrdom of Imam Hussein (AS) and his companions during the Ashura uprising in the form of tazieh, the Iranian passion play.

The Chinese cultural attaché in Tehran, Joe Xie Hao, has visited the Soureh Cinema Organization of the Art Bureau.

In recent days until Sunday evening, the world had been  watching another savagery action from the Zionist regime which led to deaths of dozens of civilian Palestinians through the Zionist air raids and this almost five-day war ended with a truce because of resistance from Palestinians and their due responses to the Zionists by firing rockets especially towards Tel Aviv and this once again showed the world that the Zionists need to be tamed and resistance and harsh response is the only solution to stop the Zionists.