Asiatic Cheetah which is considered to be a sleek and beautiful cat throughout history is the fastest land-animal that can accelerate from 0 to 96.6 km/h in under three seconds. Asiatic Cheetah is the most distinctive animal subspecies in Iran. Some of the most devastating habitat losses affected cheetahs’ population throughout Asia. We will never […]

Asiatic Cheetah which is considered to be a sleek and beautiful cat throughout history is the fastest land-animal that can accelerate from 0 to 96.6 km/h in under three seconds.

Asiatic Cheetah is the most distinctive animal subspecies in Iran. Some of the most devastating habitat losses affected cheetahs’ population throughout Asia. We will never know how many rare cheetahs were lost. Not all wildlife losses are our fault, although we often make things worse.

Cheetah means “spotted one” in Hindi, and every cheetah has markings as unique as a fingerprint. In some Zimbabwean cheetahs the spots along the back and tail join up to form a blotchy pattern.

Animals with this distinctive pattern are called king cheetahs and they were once thought to be a separate subspecies. However, it has been shown that they are simply part of the natural variation within the local populations. Is there another secret about cheetahs? Sure, but we don’t know more because of lack of access to certain information sources. 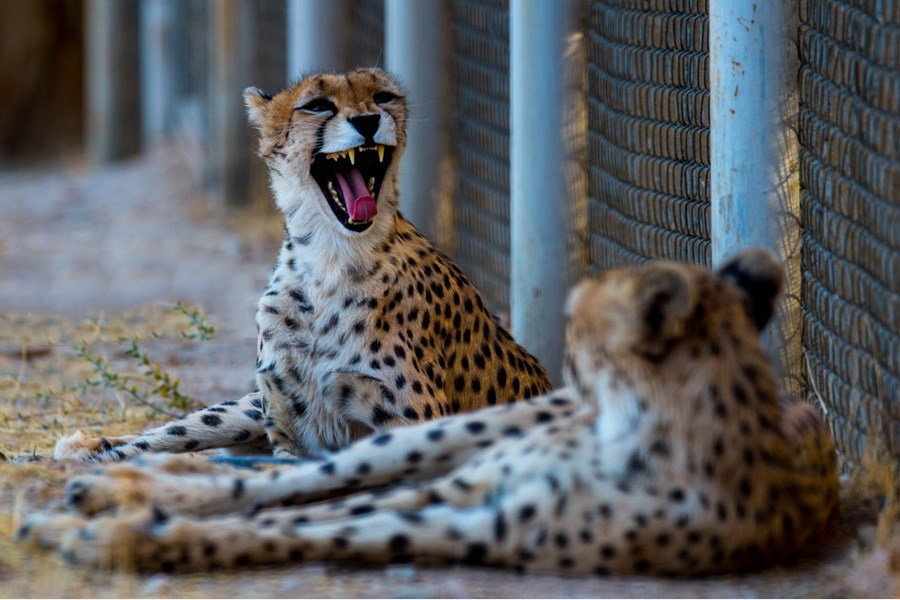 The world’s fastest land animal is racing against extinction. Over the past 100 years, the world has lost more than 90% of cheetahs. International Cheetah Day, December 4, is a chance to promote the importance of cheetahs and their conservation. Many people are now trying to show their support by social media activities.

If you search hashtags #Loud4Cheetahs, #SaveTheCheetah and #IntlCheetahDay, you can find many labels used on social media and sites that make it easier to find information about cheetahs. In fact, associations can use hashtags to reach their target audience and to help members filter information.

Cheetahs face problems even in protected national parks in Iran. The cheetah was once common throughout the drier steppic regions of Iran (and southwest Asia) and was found in most regions of the eastern half of the country until a generation ago, but is now restricted to a few areas.

There are no reliable estimates of the present cheetah population in Iran. As experts say, currently no one in Iran has the ability to determine with reliable accuracy the size of the cheetah population living in the country, and disputes over this topic are therefore pointless.

Tied closely to the concepts of recording rudimentary behavior data, Koushki and Delbar as the only two Asiatic cheetahs (Acinonyx jubatus venaticus) in captivity all around the world, has been monitored.

After facility outfit, Delbar (a female cheetah) had been transformed from Touran National Park, Semnan Province, and Koushki (a male cheetah) from Miandasht Wildlife Refuge, North Khorasan Province, to Asiatic Cheetah Research and Husbandry Headquarters in late 2014. Asiatic Cheetah Research and Husbandry Headquarter (CRHH) is located in Pardisan Park, Tehran Province, and it is of utmost importance for proper cheetah management and health care.

Pardisan Park is a complex covering more than 270 hectares, located in the northwest of Tehran. CRHH area is about 1.5 hectares, and normally just staffs can oversee inside by camera monitoring or indirect contact because of geographic position of the site. CRHH has put in place the necessary policy and regulatory mechanism needed to mainstream behavior monitoring.

Vision limitations are taken into account in all spaces to increase better chances for smelling. Sensing is also an important behavior in cheetahs. The chance of captive breeding in Asiatic Cheetah Research and Husbandry Headquarter is low but last year experts could collect the semen for cryopreservation (deep freezing).

Till now many researches have been done on African cheetahs and these studies showed that cheetah reproduction in captivity is difficult. Asiatic cheetah has many behavioral differences with Africans and some of these refer to weather conditions and more importantly the existence of 4 distinguished seasons in Asiatic cheetah habitats. All of these may cause differences in sexual maturity, gestation period, and so on. There was a growing body of evidence that confirmed felids estrus cycle of Delbar is quite different from African individuals.

Intensive eradication attempts exterminated cheetahs from much of Asia, leaving only small population in Iran. The animals appear to be making a gradual comeback in some habitats but Asiatic cheetah still remains critically endangered in spite of effective conservation activities in Iran.

Iran’s cheetah population is thought to stand at about 50 individuals. They are not capable of living in a wide variety of habitats so many animals die out, being unable to adjust to the new conditions. The problem of habitat loss is an extension of one of the oldest battles in nature- that of competition between animals for space, so it is no surprise that cheetahs are losing out to human beings and other animals.

When it comes to saving Asiatic cheetahs’ lives, many think the only way they can help is by criticizing and belittling the current conservation projects. While criticizing is just the tip of the iceberg accepting responsibility is a way to help Asiatic cheetahs but unfortunately conflicts between Iranian environmentalists are escalating. Sadly, cheetahs in Iran are now being more threatened by animal right extremists. As one expert said: “It is so sad to see and hear that instead of coming into peaceful grounds of discussion and join their efforts to save the Iranian cheetah, national conservation partners invest so much energy into polemics to push their ways towards personal glory by all means.”

The Center for the Great Islamic Encyclopedia has published an entry on the Leader of the Islamic Revolution, Ayatollah Seyyed Ali Khamenei, in a separate book.