Choubin Village (woodwork village) is the name of one of the villages in Neishabour in Khorassan-Razavi Province, northeast of Iran. The unique wooden village has been constructed by Engineer Mojtahedi and is one of the resorts of Neishabour. The name “Choubin Village” (Choubin in Persian means made of wood) refers to the unique characteristic of […]

Choubin Village (woodwork village) is the name of one of the villages in Neishabour in Khorassan-Razavi Province, northeast of Iran.

The unique wooden village has been constructed by Engineer Mojtahedi and is one of the resorts of Neishabour.

The name “Choubin Village” (Choubin in Persian means made of wood) refers to the unique characteristic of its structure in using wood and utilization of a modern method in constructing its buildings which is inspired by the historical-cultural background and is in proportion to ecological and geographic capabilities and potentials of the region.

The attractions worth seeing in the village are the wooden mosque, museum, library, restaurant, shop, bakery, pergola, suits, the greens and its beautiful ecosystem accompanied by agriculture and livestock breeding.

The wooden mosque is the first in its kind in the world that is quake resistant. It covers an area of 200 square meters and has gable roof. Its two minarets are 13 meter high from ground and weigh four tons each. It seems like an upside-down ship. Construction of the mosque took about two years and 40 tons of lumbers have been used in it.

The wooden mosque is unique not only in Iran but also in the world. It can resist earthquake with intensities up to eight Richter and its structure is such that it would not be damaged for hundreds of years. 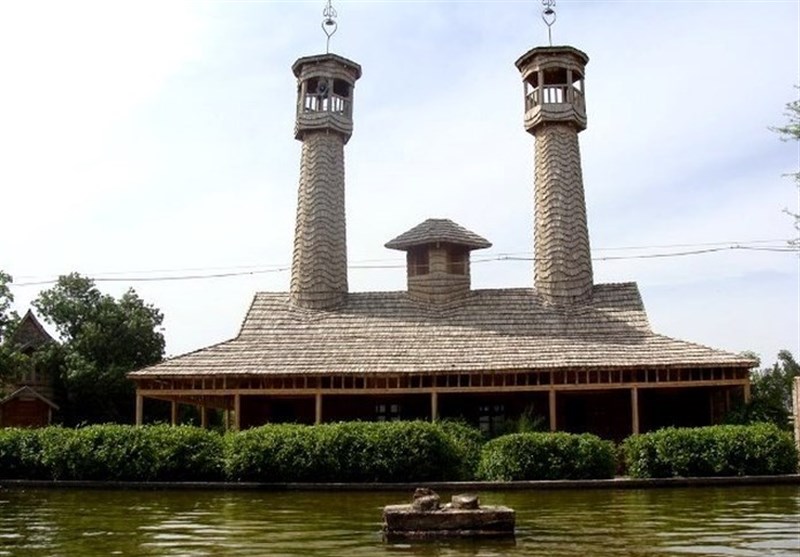 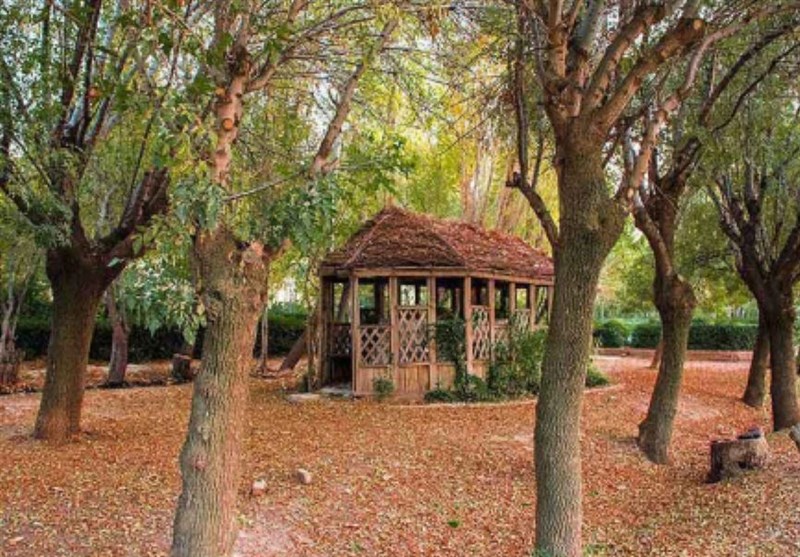 Its framework is Double L or Two by Four construction. The minarets are joined to the roof in a way that there are no pillars inside the mosque.

Its walls are double layered, and the framework is located between the layers. The framework of the minarets and the roof as well as the roof and the walls are connected in a spidery web style. It refers to its construction method which is similar to weaving web by spiders so that the minarets are joined together in a way that their weights are transferred equally first to the roof and then to walls and from there to ground.

It is interesting that one can get access to the upper parts of the minaret by using ladder inside the minaret. More interesting is that a window has been installed at the spot the minaret and the roof are joined. The window acts like a ventilator helping to move hot and polluted air out of the mosque in summer and move in clean air through a special air duct installed on the roof.  In this way, natural air conditioning takes place.

The walls of the mosque are a little slanted in order to make it easier to transfer weight from minaret to the ground.

It is to be noted that the place where the mosque is constructed is termite prone, therefore, special strategies have been used in construction of the mosque and other buildings of the complex to prevent the destructive effects of termites. As an example, the resident of the constructor of the complex has remained intact after 20 years. To protect the exterior walls of the building against rain and snow, special timbers with special processing have been used.

The cabinets, walls and even the trays of the pantry of the mosque are made of wood.

The mosque has an exterior porch, the floor of which is made of mud-brick. On the interior and exterior walls of the mosque, seven and six beautiful inscriptions with Quranic verses and with frames made of walnut and mulberry timbers, respectively, have been hung. 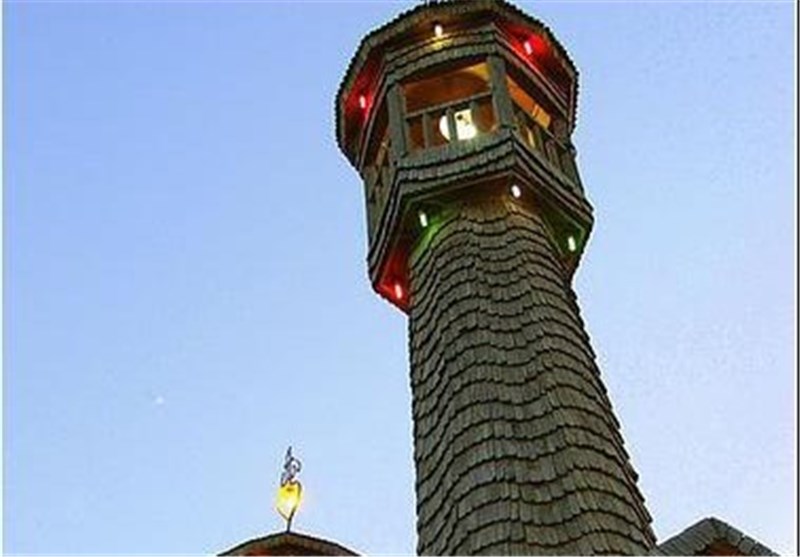 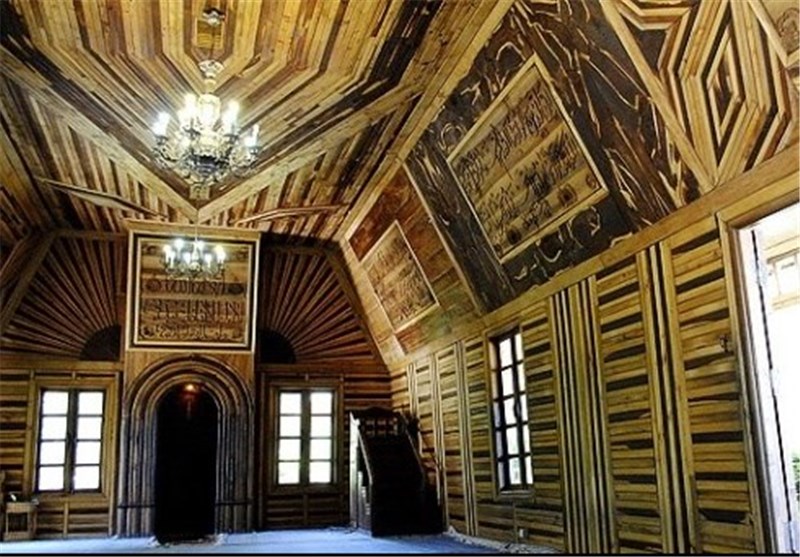 Various kinds of timber from fruitful and fruitless trees such as pine, mulberry, walnut, pear, cherry, ash and white poplar are used in the building and its interior decoration. Special lighting of the complex and extraordinary harmony of lively colors give special effects to it at nights.

By constructing this complex, the constructor aimed to flourish tourism industry and revive the name and memory of a great man who once lived and served at this place.

The Islamic Republic of Iran since its birth in 1979 has proved this point to the world that if there is a will there is a way for materializing your wishes and it has reinforced the slogan of “We Can Do It.”