TEHRAN  – Darvazeh Qur’an is located in northeast of Iran’s southern city of Shiraz in the canyon of Allah-o Akbar between Chehel Maqam Mountain and Baba-Koohi Mountain and is located at the exit of Shiraz towards the city of Marvdasht.

The gate was originally built in Azod-o Doleh-e Deilami time and a Qur’an was placed in it bless the travelers passing beneath it. The gate was renovated during Zandiyeh Era by the order of Karim Khan Zand and a chamber was added on top of it and two large exquisite Qur’an calligraphed by Soltan Ibrahim Ibn-e Shahrokh-e Teymoori were placed in the top chamber. 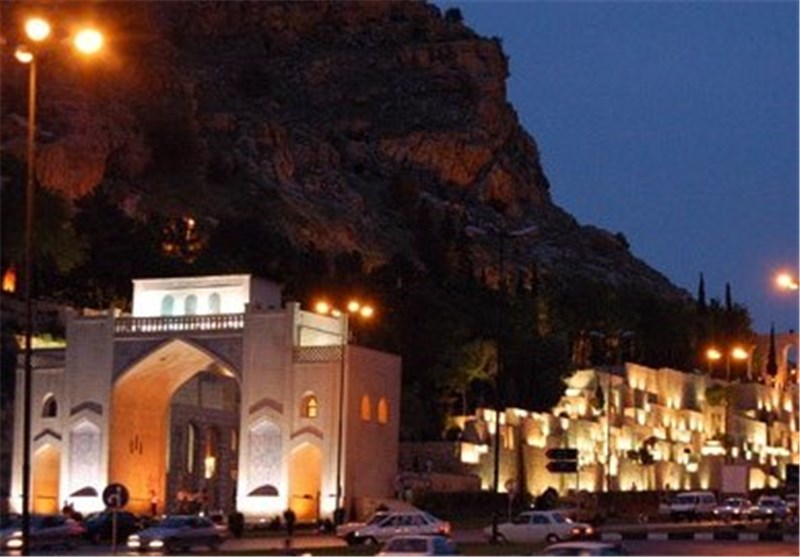 These Qur’ans, known as “Qur’an-e Hefdah-Man” (Qur’an weighted 51 kg), has been transferred from Darvazeh Qur’an to Pars Museum. Darvazeh Qur’an encountered lots of damages caused by several earthquakes in the Qajar period, but then repaired by Mohammad Zaki Khan-e Nouri.

The monument was also called Taq-e Qur’an (Qur’an Arch) in the past. In the first few days of each month, people were going out of the city and passing from under the arch. In 1936 AD, it was destroyed by the order of Reza Khan. The current Darvazeh Qur’an was built by the effort of a merchant from Shiraz, near the old gate in 1949 AD.

The new gate was constructed in a larger size, including a sharpened arc opening and two small entrances on the pier of each side and a rectangular room on top of the gate. In this building, some verses from the Qur’an are calligraphed in Sols and Naskh calligraphy all around the gate. 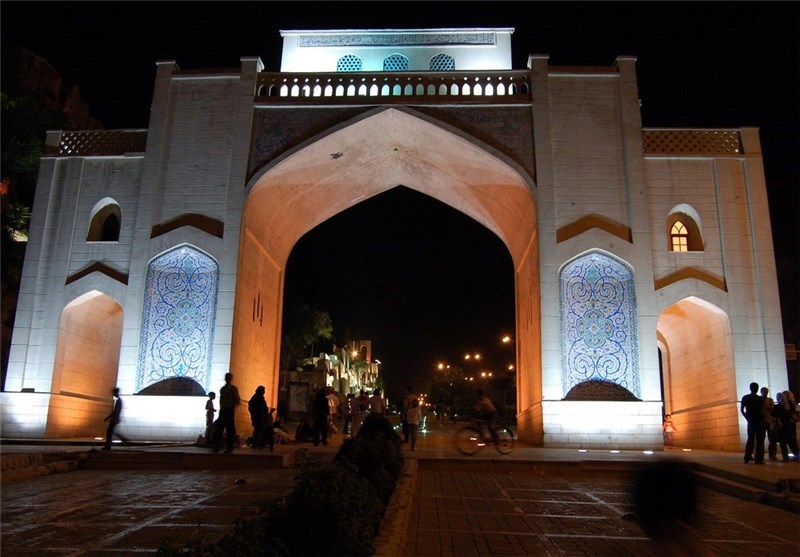 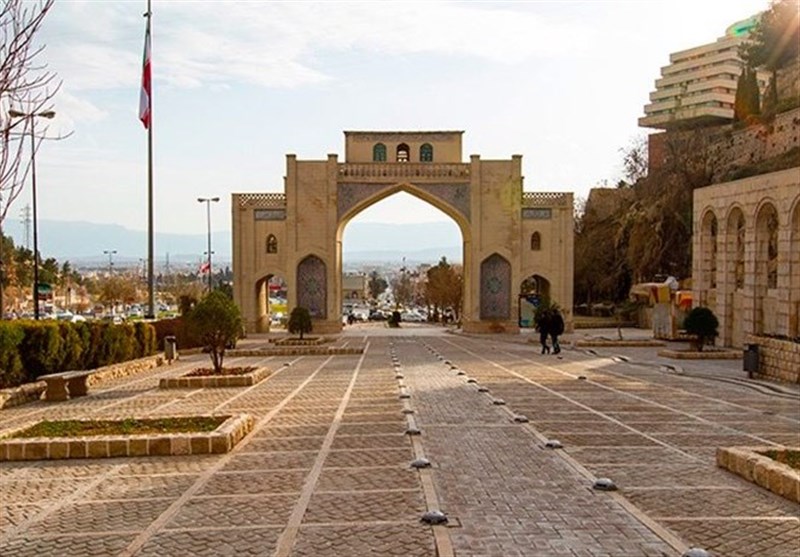 On top of the gate, there were two manuscripts of Qur’an written in Sols calligraphy attributed to Sultan Ibrahim Ibn-e Shahrokh-e Teymuri. The books were moved to Pars Museum in 1937 AD, and are still kept in there.

It should be noted that the construction of this building so far has been reconstructed 3 times.