The UK foreign secretary declared London’s strong support for the Joint Comprehensive Plan of Action (JCPOA) reached between Iran and G5+1 (The US, Britain, Russia, China, France plus Germany) in 2015.

Johnson underlined necessity for preservation and execution of nuclear deal.

Zarif and Johnson discussed also latest regional developments in Iraq, Syria, Yemen, Bahrain and Afghanistan and underlined necessity for stop of violence and use of dialogue for resolution of tensions.

Zarif traveled to New York to take part in the 72st Session of the United Nations General Assembly.

Meantime, Iranian President Hassan Rouhani heads Iranian delegation and is expected to make a speech at the UN General Assembly on Wednesday.

The 72nd regular session of the UN General Assembly (UNGA 72) convened at UN Headquarters on September 12. The General Debate will open on Tuesday, September 19, with the main theme ‘Focusing on People: Striving for Peace and a Decent Life for All on a Sustainable Planet’.

A number of events will take place in parallel to the UNGA 72, including Global Goals Week 2017 and Climate Week NYC 2017. 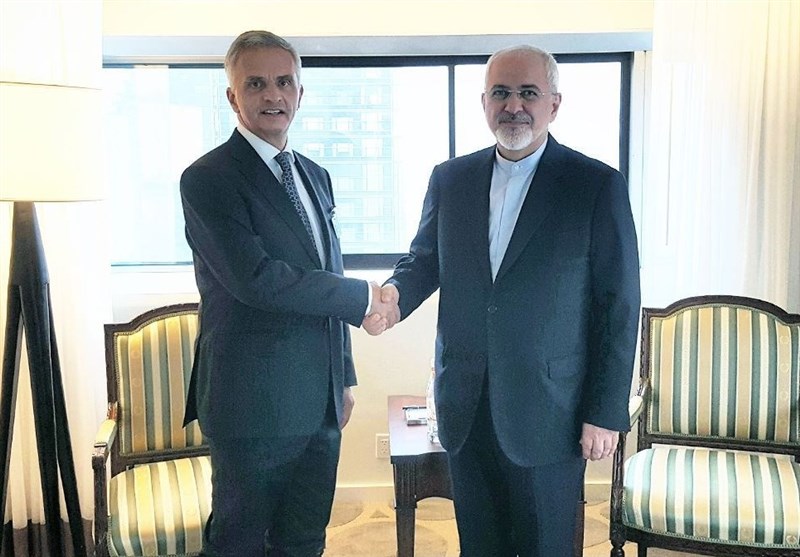 Iranian experts succeeded in indigenizing the knowledge for the production of two catalysts used in the petrochemical sector, which saves this sector $70 million.

A senior Iranian commander has praised the Air Defense Force’s achievements over the past years, saying the country, a pioneer in the technology of directed energy, is today capable of targeting micro air vehicles (MAVs) that violate its airspace.

ICC Elected as Member of Board of Directors of ICA-AP

ICC Elected as Member of Board of Directors of ICA-AP

Iran Chamber of Cooperatives (ICC) was elected as a member of board of directors of the International Cooperative Alliance Asia-Pacific (ICA-AP) during its meeting in Seoul, South Korea.