More Than 200,000 Lose Power as Hurricane Irma Bears Down on Florida

TEHRAN – Hurricane Irma strengthened to a Category 4 storm with 130 mph winds early Sunday as it approached Florida, parts of which have already seen more than 200,000 people lose power ahead of the hurricane’s expected landfall. “Major hurricane force winds” were expected over the Florida Keys at daybreak Sunday, the National Hurricane Center […]

TEHRAN – Hurricane Irma strengthened to a Category 4 storm with 130 mph winds early Sunday as it approached Florida, parts of which have already seen more than 200,000 people lose power ahead of the hurricane’s expected landfall.

“Major hurricane force winds” were expected over the Florida Keys at daybreak Sunday, the National Hurricane Center said. The storm is expected to cause life threatening storm surges of up to 15 feet along parts of southwestern Florida and storm surges on other parts of the coast, forecasters warned.

More than 201,000 customers were without power in Southern Florida late Saturday, Florida Power & Light said on its website.

Earlier Saturday, Florida Gov. Rick Scott warned, “If you have been ordered to evacuate, you need to leave now. This is your last chance to make a good decision.” Scott called Irma a “catastrophic and life threatening” storm, NBC news reported.

Nearly 6.3 million people were ordered to evacuate ahead of the storm. Not everyone heeded the calls.

Brian Cone, a boat captain in Tavernier in the Florida Keys, said he is staying at home, which he said is built of cement and which he compared to “a bunker.”

“Truthfully, the whole state of Florida is in trouble. I mean, there’s really nowhere safe,” Cone told MSNBC in a phone interview. He said he and his neighbors have generators, batteries, food and water and other supplies.

“We feel it was more dangerous to travel all over the state, run out of fuel possibly … We’re gonna ride it out,” Cone said.

The National Hurricane Center said at 8 p.m. that “heavy squalls with embedded tornadoes” were sweeping across Southern Florida. A tornado touched down near Fort Lauderdale Saturday evening, the National Weather Service said. The fire department said there was no damage or injuries.

Key West Police Chief Donald Lee told MSNBC by phone Saturday that those who stayed in defiance of evacuation orders do so at their own risk. He said the area had already seen tornado warnings, downed trees and flooding by Saturday evening, and the storm could be devastating.

In Miami-Dade County in the southeastern part of the state, police encouraged residents to stay indoors as the storm was hitting early Sunday.

“There’s a lot of trees that are being knocked over, we have live wires — it’s extremely volatile out there,” Miami-Dade Police Department Major Hector Llevat said. “Right now, we’re just urging everybody to stay indoors, to seek shelter.”

Scott cautioned that the storm will cause “life-threatening” surges as high as 15 feet in southwest Florida. “This will cover your house,” Scott said, adding, “You will not survive all this storm surge.” 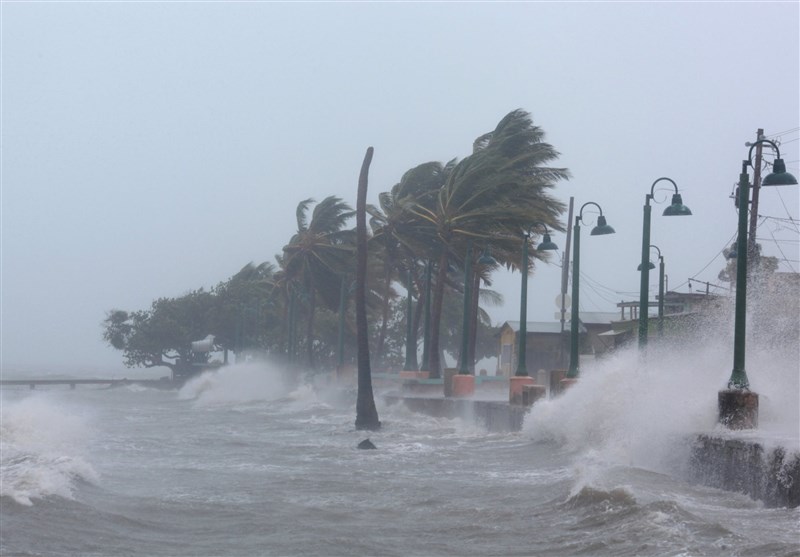 Many of Florida’s communities had become ghost towns by Saturday. In Plantation, just inland from Fort Lauderdale, the once busy streets had gone quiet, and the only sounds were the quickening winds pulling at the trees and the occasional car passing by.

Juan Carlos Lorca, 42, who has lived in Florida for 25 years, took a stroll ahead of the hurricane to get some fresh air earlier Saturday. Lorca, a construction worker, said he was quick to prepare for the storm when he first heard about it: boarding up his windows, picking up cash from the bank, and buying water, gas, ice, food and — most importantly — wine and beer.

“I should not be here,” he said. “But I wanted to get some fresh air. By 2 p.m., everyone should be back in their home.”

“What I see on the news,” he added, “that is very wrong if people are still on the beach.”

Nevertheless, despite the governor’s warnings and the increasingly dangerous circumstances, people still gathered on beaches to take photos earlier Saturday.

While some remained home, many attempted to seek refuge at shelters, but were having a tough time getting in. Thousands in Lee County on Florida’s west coast, waited in lines that snaked down the block for up to five hours, as officials attempted to check in residents. Many decided to evacuate or head for the shelters once Irma shifted to the west.

Hurricane Irma has already claimed at least 23 lives after smashing through a string of Caribbean islands this week, including Barbuda, St. Martin, the US Virgin Islands and Puerto Rico, where 1 million people were left without electricity.

Nicole Reid and her boyfriend were riding out the hurricane in a house in Miami Saturday night. She said that other people in coastal areas were under mandatory evacuation orders and gas was hard to come by.

“It kind of made sense to stay put, stay secure, stay safe and let the people that really needed to get out, get out,” she said in an interview with MSNBC. If things get bad, they plan to go to other taller concrete buildings in the area.

Scott said Florida has been “aggressive” in its preparation for Irma, adding that there were more than 385 shelters open across the path of the storm. More than 70,000 Floridians have taken shelter already, he said, adding that “there is still room for more.”

Scott said Florida has a shortage of nurses to deal with the hurricane’s aftermath and urged volunteers to come forward. He asked for about 1,000 to help at various shelters. In Collier County, which includes part of the Everglades, more than 11,800 people were housed in 30 shelters. Nurses were flown in overnight from Texas to help.

On Friday, Irma, which had been a Category 5, slammed into Cuba’s northern coast. The Cuban Civil Defense had evacuated about 1 million people and there were widespread reports of home and infrastructure damage and loss.

Scott warned this week that Irma is on track to be “bigger, faster and stronger” than Hurricane Andrew, the devastating Category 5 storm that caused major damage in the state a quarter-century ago.

Meanwhile, north of Florida, states were also preparing for Irma’s arrival. In Georgia, 540,000 residents were told to leave the coast, while in South Carolina, nearly 45,000 people were ordered to evacuate.

Hezbollah to the rescue again

As France furiously protests Australia's scrapping of a major arms deal in favor of American nuclear submarines, Washington is struggling to contain the fallout from Paris.

In yet another blow to the image of America’s intelligence gathering efforts, the U.S. military has admitted that a drone strike in Kabul last month killed as many as 10 civilians, including seven children and apologized for what it called a "tragic mistake".

Hezbollah to the rescue again

Not for the first time, Lebanon faces a crisis, Hezbollah has helped guide the country out of the predicament.

Head of Iran-South Korea Parliamentary Friendship Group Ruhollah Motefaker Azad in meeting with South Korea’s Ambassador to Tehran Yun Kang-hyeon said that Seoul’s blocking the Islamic Republic of Iran to have access to its forex resources is against all international trade laws.